The CoreSRQ Board of Directors has announced Sarasota native Michelle Mitchell as Core’s inaugural Chief Executive Officer. Michelle has a Business degree from the University of South Florida and has led advertising sales for the media industry for over 30 years. She started her career with the Herald Tribune Media Group - (Sarasota Herald-Tribune) in 1991, transitioned to a senior leadership role with the Tampa Bay Times for more than ten years and then returned to the Sarasota Herald-Tribune five years ago to become a Regional VP of Advertising & Sales. Michelle has two children, a daughter who graduated from Sarasota High School and Florida State University; and a son, a graduate of Pine View who is now attending University of South Florida in Tampa.

After more than two years of surmounting global and local challenges, the Core board looks forward to working closely with Michelle to advance the organization to the next level in its service of the Sarasota community. She brings a wealth of experience to this role, intimacy with the Sarasota community, and a passion for Core's mission. Michelle will commence her new role Monday, April 11, 2022. 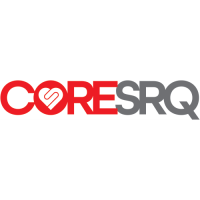